More than a dozen de-classified documents recovered from Osama bin Laden's compound in Abbottabad were released today by CTC at West Point. A few highlights I found interesting:

Bin Laden would like to see Anwar al-Awlaki's resume:


How excellent would it be if you ask brother Basir to send us the resume, in detail and lengthy, of brother Anwar al-'Awlaqi, as well as the facts he relied on when recommending him, while informing him that his recommendation is considered. However, we would like to be reassured more.

In a letter from bin Laden to Mukhtar Abu al-Zubayr, the head of Al Shabaab in Somalia, bin Laden rejects al-Zubayr's request to formally link Al Qaeda and Al Shabaab. Instead, he requested that they keep the definition of the relationship ambiguous:

Interestingly, in February 2012, less than a year after bin Laden's death, Zawahiri announced a formal unity between Al Qaeda and Al Shabaab.

As for the Jihadi forums, it is repulsive to most of the Muslims, or closed to them. It also distorts the face of Qa'ida, due to what you know of bigotry, the sharp tone that characterizes most of the participants in these forums.

Inspire Magazine Is Back

Seven months after Samir Khan, the creator of Inspire Magazine, was killed in a drone strike along with Anwar al-Awlaki, the oh-so-famous English-language jihadi magazine has been resurrected. Issues 8 and 9 were released today, the first dated Fall 2011 and the second dated Winter 2012. The Fall 2011 issue was clearly written, compiled and edited by Khan before his death. It has all the usual Khan trademarks, which is made even more obvious when looking at the Winter 2012 issue, which is nothing even close to a Khan original. Though little credit was given to Khan for his mediocre at best graphic design and editing skills, issue 9 of Inspire is full of spelling and grammar mistakes - the worst one right on the cover of the magazine... can you spot it?? 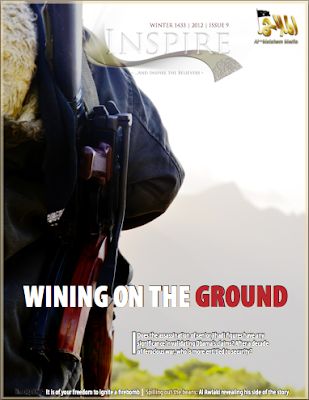 An additional note about timing: Though dated Winter 2012, the ninth issue of Inspire was released on May 2, 2012 - exactly one year after the death of Osama bin Laden. This may very well be a coincidence, and not much attention is paid to bin Laden in the issue, but it seems to be a convenient date to release. As for why they waited until now to release the Fall 2011 issue, my best guess is that AQAP wanted to release two issues together - as a way of showing that Inspire Magazine did not die along with Khan, as many analysts and media outlets suspected.

A few other things to note about the issues: 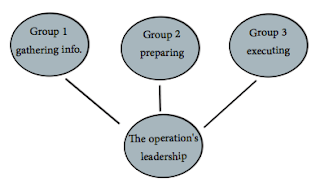 The focus, as always, is still on individual jihad, but the ninth issue takes it a step further than ever before. In a feature called "The Convoy of Martyrs," AQAP encourages individuals to act alone in gathering information, preparing and ultimately executing an attack. BUT - there must be an operational leadership, which AQAP will provide as long as you email their military committee. Essentially AQAP outsources all of the dirty work, while still having overall control and knowledge of operations. The military committee helps individuals who qualify (you must be a mature Muslim that listens and obeys) select a target and train, and after an attack is carried out the committee is in charge of media coverage of the attack.

Also interesting is the article that explains step-by-step how to build a remote control detonator for a bomb. Skill Level: Novice. Of course, the author of the article explains later: "Follow the instructions carefully in the explosives field. The first mistake can be the last."

In line with focusing on individual jihad is the presence of Abu Musab al-Suri's articles in both issues (this is not unusual for Inspire). What many may find shocking though – unless you are an expert on all things al-Suri like my colleague Jarret Brachman – is that al-Suri provides a prioritized target list with Western interests in Arab countries first, and America itself last. This largely contradicts AQAP's target list according to priority laid out in issue 9 (see right).

Finally, both issues released today, along with all other issues of Inspire, are interested in recruitment, reader participation and wide distribution. Issue 8 mentions they are looking for volunteers to preserve Internet links of the magazine, translators, researchers, and women who can write about women-related issues for the magazine. Issue 9 encourages readers to upload the magazine on both jihadi and non-jihadi forums. Furthermore, a footnote explains that one of the articles was included because a reader contributed it, encouraging others to provide articles and see their contributions in print.

Posted by Alix Levine at 5:38 PM No comments:

The Power of Social Media for Terrorists

A bomb exploded earlier today in Mogadishu as the Somali Prime Minister addressed guests during a ceremony at the National Theater. At least six people were reportedly killed, though the Prime Minister was not hurt. While officials claim the attack was carried out by a female suicide bomber, a Somali terrorist group denies this claim and says that they planted explosives in the venue prior to the event.

In fact, Al Shabaab - the Al Qaeda-linked terrorist group in Somalia - claimed responsibility for this bombing on Twitter.

Al Shabaab in particular has been very successful at recruiting Westerners into their group - at least 40 Americans have traveled from the US to Somalia to join Al Shabaab since 2007. Their active use of Twitter - and tweeting in the English language - can only help their movement grow as more and more Westerners sympathize with their cause.
Posted by Alix Levine at 3:02 PM No comments:

Putting Down the Keyboard and Picking Up a Weapon

Earlier this week I spoke at The Government Security Conference and Expo (or GovSec) about online extremism and the online behaviors that may potentially lead to an individual abandoning their avatar and carrying out violence in the real world.

For a more thorough summary of my talk, check out Government Computer News (GCN) and their article on it here: When Does Online Radicalism Become Real-World Terrorism?

For a more detailed description, or for inquiries about speaking engagements, contact me.
Posted by Alix Levine at 12:38 PM No comments:

The more I explore the online behaviors of extremists, the more I am reassured that my work has some meaning. Yesterday, a young boy shot and killed three high school students and injured two others at Chardon High School, incidentally a school very close to where I grew up. Thomas "TJ" Lane, 17, the alleged shooter, reportedly tweeted prior to the attack that he would be bringing a gun to school that day. Furthermore, he has also made some questionable remarks on Facebook. In December 2011, for instance, Lane reportedly wrote a poem on Facebook about a lonely man who nobody paid attention to. In the middle of the poem he declares:

I'm on the lamb but I ain't no sheep. I am Death. And you have always been the sod. So repulsive and so odd.

He then ends the poem by saying:


Now! Feel death, not just mocking you. Not just stalking you but inside of you. Wriggle and writhe. Feel smaller beneath my might. Seizure in the Pestilence that is my scythe. Die, all of you.


The reality is, it is often difficult to know when someone is actually looking for help, or when someone just really had a bad day and needed to vent a little. But perhaps in this era where outsourcing safety procedures to citizens is the norm (i.e. the "See Something, Say Something" campaign or the recent DARPA challenge to track down signs and post them on a social networking site), maybe it is time for citizens - particularly parents and teachers - to be educated on spotting problem posts on social media. In light of Lane's tweet that he was bringing a gun to school, I think the "See Something, Say Something" campaign should be applied to more than just a suspicious package. Suspicious posts must be taken more seriously. Of course some will inevitably sneak through the cracks, but concerned citizens can play a bigger role in policing social media, not just by reporting problematic videos, but individual behaviors as well.

Interview on Counterterrorism and Social Media

Check out my interview yesterday on counterterrorism and social media on My Technology Lawyer Radio. Want to hear even more? Come to the GovSec 2012 Conference in DC April 2-4, or contact me for a speaking engagement.
Posted by Alix Levine at 9:27 AM No comments:

Just a couple of days after the hacking network Anonymous revealed that they intercepted phone calls between the FBI and Scotland Yard, another government agency has been compromised. More than 200 email addresses, many of them accompanied by full names, of NSA employees has been published on a jihadi forum. The post explains that this list was previously posted on a different site a few days ago.

I cannot confirm that the email address and names are authentic, but it definitely demonstrates the extremists' interest in getting these emails.  Between hacking and spamming, 2012 certainly has experienced a great deal of activity so far.
Posted by Alix Levine at 4:15 PM No comments:

Alix Levine
Alix Levi ne is the owner of WEBehavior LLC, a security consulting firm. She specializes in the study of homegrown extremism and online mobilization. Alix writes on a variety of terror-related issues, including the ideologies, activities and tactics of domestic and international terrorist movements, and in particular their online activity. Al Qaeda has directly referenced her work. Alix works closely with law enforcement on terror-related investigations and provides training and analysis for the law enforcement community. She received her master’s degree in Middle Eastern Studies from Harvard University and speaks Arabic and Hebrew.